French saxophonist Céline Bonacina presents her 5th album as a leader and a new band. Since her debut on the ACT label, Céline Bonacina’s rumbustious baritone saxophone is rapidly gathering acclaim throughout Europe. She has been honored as one of 2017’s «Rising Stars» of the baritone sax in Downbeat magazine. In Spring 2019 she won the Audience Award at the BMW Jazz Contest in Munich.

Céline Bonacina originally turned to the baritone saxophone because she wanted to play transcriptions of Bach’s cello suites at the right pitch. From there, she took this large instrument and blazed a trail through various big bands, all the way to the island of Réunion. Here, unlike during her studies beforehand, she came to know music as a «way of life», which then also became the title of her international debut.

All about Jazz: This particular sax is too often consigned to the role of «rhythm saxophone», operating at the lower reaches of its register, with only a handful of players making full use of its potential. Bonacina, a French saxophonist and composer, is one of that handful. Her command of the instrument enables her to bring it to the forefront of her music, giving it a lead role in hard-blowing funky tunes, melodic, up-tempo songs and romantic ballads alike. 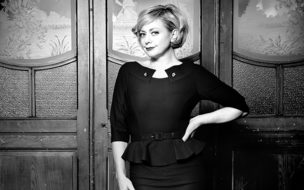 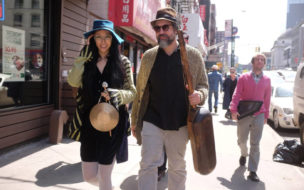